Vanessa Hudgens and Ashley Tisdale were seen at Lisa Kline in Beverly Hills, CA, on December 30. 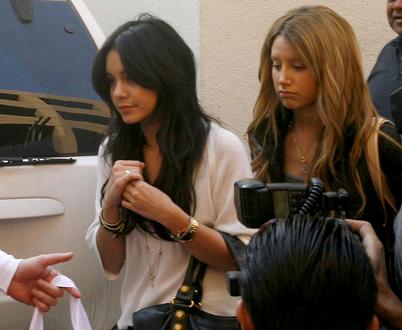 The two have been frequently spotted shopping together over the holidays. On Wednesday, December 26, we spotted them at Fred Segal and then at the Hollywood and Highland shopping center where they stopped by Louis Vuitton.

The paparazzi asked Vanessa Hudgens what she’s doing for New Year’s but she doesn’t respond to them and Ashley Tisdale seems that she was not too happy while shopping.

The Lisa Kline staff members were also spotted swatting away photographers and telling them to let the girls into the store.