Vanessa Hudgens has splashed a staggering $2.75 million on a new house. 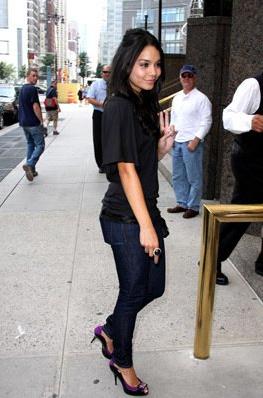 The 19-year-old actress, who was famous for her role as Gabriella Montez in the “High School Musical” franchise, is believed to have purchased a six-bedroom, six-and-a-half bathroom, 5,200 sq ft house in Studio City, California.

Vanessa Hudgens confirmed that she was “in the process” of purchasing a new property during the Teen Choice Awards in August, saying: “My favorite thing about being in Los Angeles is probably just being in my house. I actually just bought a new house, so I will be able to stay there now!”

The teen actress added: “I’m still in the process of buying it, so I am kind of freaked out. My family actually found it for me so I’m glad they approve as well.”

Vanessa Hudgens and Zac Efron can next be seen in “High School Musical 3: Senior Year”, which is set to release worldwide next month.