Vanessa Hudgens has revealed the inspiration behind her sultry new image, explaining that she dresses to look “sexy.” 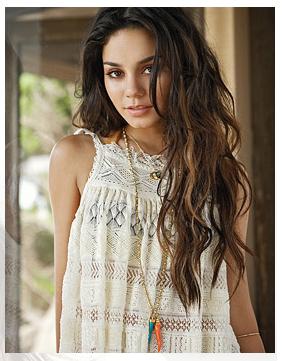 The “High School Musical” star, which admits to being “Christian Louboutin freak,” revealed that she’s prepared to splash the cash when it comes to looking good.

In the June issue of Glamour magazine, she revealed, “If something’s cool and funky and I like it, it doesn’t matter how much it costs that a great dress makes her feel “feminine and sexy – just how a girl should!”

If looking sexy is Vanessa Hudgens’ goal, then she may want to re-think her style icons, which include fashion-flop Victoria Beckham.

Vanessa Hudgens revealed that she looks up to “Mary-Kate Olsen, Victoria Beckham and Nicole Richie” because “[They] have fun with fashion.”