If you take a look at Vanessa Hudgens’ Facebook and MySpace pages, you’ll notice they have been updated. They take us on an in-depth look of V’s new album “Identified”. 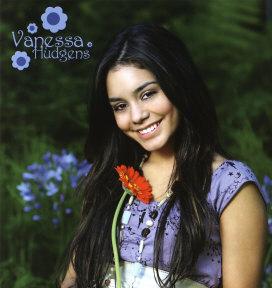 She’s also talking about her character in “Rock On.” For those people who listened to her single “Sneakernight,” V’s album, she took an unexpected turn for her fans. This is a sound from V that we have never heard before.

She revealed, “This time I did what I wanted to do. I always had a knack for a more soulful, jazzy sound, so right off the bat I wanted to kind of let loose, and come up with a sound no one has heard from me before.”

When I first heard V’s new single, I was in shock. I actually had to listen to it three more times to make sure it was her and to let the new sound kind of sink in a little. After hearing it twice, I was hooked! It is now one of my favorite songs.

Vanessa Hudgens revealed, “Dancing in sneakers makes it all the better. People haven’t been able to see that side of me. I can kick butt!”

Vanessa Hudgens is best known for her role as Gabriella Montez in “High School Musical” 1 and 2.

After those movies, she became a household name among kids. I think with her new album coming out, she’s going to be known by more than just HSM fans. She’s reaching an audience outside of HSM.

What does V have to say about the upcoming Disney movie “High School Musical 3”?

She revealed, “It’s got all of us back in senior year. It’s going to be pretty crazy, with so much more dancing and singing. We’re just stepping it up.”