Vanessa Hudgens has pulled out of her appearance on The Tonight Show last September 13 in the wake of her nude photo scandal. 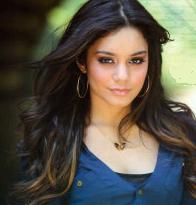 The pretty teenager stir a nude controversy after confirming she posed for saucy snapshots intended only for the eyes of boyfriend and High School Musical co-star Zac Efron.

The camera phone pictures fell into the hands of a third party, who went public with the sexy images, placing them on select websites.

In a statement released last week, the actress said, “I am embarrassed over this situation and regret having ever taken these photos. I am thankful for the support of my family and friends.” But she no longer wants to talk about the controversy, and pulled out of her appearance on The Tonight Show on Thursday afternoon.

A representative for the late-night chat show said, “Vanessa is no longer appearing on Thursday’s Tonight Show due to a scheduling conflict. She will be rescheduling her appearance at a later date.”