Ashley Tisdale and Vanessa Hudgens were seen sharing some quality time together in Los Angeles on December 26. 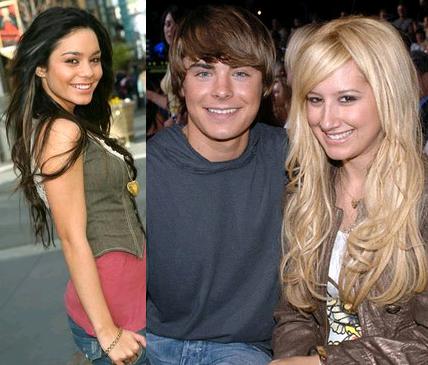 The pair was spotted at Fred Segal and then at the Hollywood and Highland shopping center where they stopped by Louis Vuitton.

Meanwhile, Zac Efron and Vanessa Hudgens are keeping the love alive in Los Angeles despite several speculative reports that they have split or that their romance is manufactured for publicity. According to a report, the “High School Musical” couple was spotted getting cozy in a bar and sipping on some martinis last weekend.

The report claims that the High School Musical sweethearts very cozy in a back booth in Hollywood at Lola’s last Friday night. Some have claimed they were broken up or close to a split but they have defied those guesses and are still together and putting on a united front. For now they are still going strong as we approach New Year’s Day.