Vanessa Hudgens, who is a Disney star, talked on High School Musical 3, which was the third time may be the final charm for Troy and Gabriella. 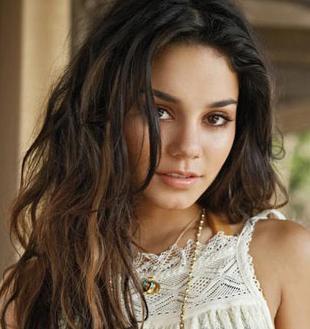 In San Francisco to shoot “High School Musical 3: Senior Year,” the latest installment in the popular Disney series, Vanessa Hudgens spoke out on the franchise’s future.

“HSM3” will follow Vanessa Hudgens, Zac Efron and the rest of the cast into their last year at East High School, with Kenny Ortega returning as director and choreographer. With senior year come college acceptances and the end of an era.

The teen star, which revealed that her character Gabriella was accepted at Stanford, saying, “We don’t all go to the same school… I’m in San Francisco. Part of the movie is shot at Stanford. I get accepted.”

Vanessa Hudgens has a new pop album, “Identified,” a hot new video for lead single “Sneakernight,” and plans to step out on tour.

Her on-screen rival Ashley Tisdale has been collaborating on their own project, Vanessa Hudgens said, “When we’re really bored, sometimes we’ll make little music videos on her computer.”

On her well-deserved break, she dished, “After [touring], I want to relax for a minute, be able to breathe, feel life, buy a house, kind of get situated.”

On her mysterious real-life story, which remains a mystery, she added: “Only because I don’t want to talk about it, she said. “It might hurt the relationship. That’s something I have to myself.

That’s the stupidest thing I’ve ever heard. Whoever came up with that is completely idiotic. He showers! He showers! Believe me, he does.”

How do you relax? I go shopping. Retail therapy is always good.

What do you think of the Jonas Brothers? They’re great. I was friends with them before they even started to blow up.

How did you know them? How do I know them? Hmm. I forget. I used to see them around a lot. I was on tour for my last album in New Jersey, and they came to one of my shows.

Do you and Ashley Tisdale hang out? Oh, my God, we hang out so much. When we’re really bored, sometimes we’ll make little music videos on her computer.

Would you release them? Oh, no. It’s just us messing around in our hotel rooms.

“HSM” director Kenny Ortega once told me you and Zac Efron started dating on the first “High School Musical,” and I don’t think I’ve ever heard that story.
And I’m going to keep it that way.

You’re not going to tell me? No. Only because I don’t want to talk about it. It might hurt the relationship. That’s something I have to myself.

Are the reports true that Zac doesn’t like to shower? That’s the stupidest thing I’ve ever heard. Whoever came up with that is completely idiotic. [It is] because when I met him, he smelled perfectly fine. He showers! He showers! Believe me, he does.

Every day? Yes! Of course.