Victoria Beckham, a former member of the Spice Girl, was thrilled to discover her fashion book outsold the novel of Dan Brown “The Da Vinci Code” in Lithuania. 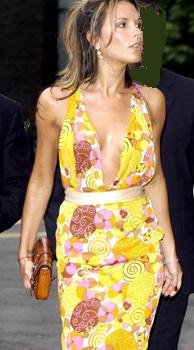 Victoria Beckham admits she wasn’t sure how well her book entitled “That Extra Half An Inch: Heels And Everything In Between” would sell, but was stunned to find it was so popular in the Baltic country.

She revealed, “I mean we only got about two pence (profit) and Lithuania is about as big as that coffee table, isn’t it? But at least we beat The Da Vinci Code.”