Victoria Beckham has fueled rumors of a rift between her and the other Spice Girls, by staying away from bandmate Melanie C’s solo concert in New York on Saturday. 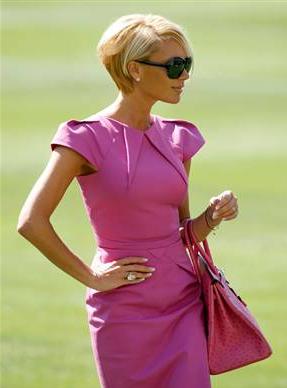 Her co-members Emma Bunton, Geri Halliwell and Melanie Brown stunned fans at the Manhattan Center when they appeared to support Sporty Spice. They whooped, cheered and gave the singer a standing ovation at the end of her set, performed to a half-empty auditorium.

Unfortunately Victoria Beckham was notably absent in the event after she was spotted in New York Fashion Week earlier in the week.

The Spice Girls are also all due to appear onstage in nearby New Jersey on Sunday for the first of three gigs in the state, as part of the U.S. leg of their comeback tour.

Victoria Beckham’s absence comes amid growing speculation it was her decision to cancel gigs in China, South Africa, Australia and Argentina, so she could spend more time with her family.
The band have denied claims of a bust-up between Victoria Beckham and the rest of the group, insisting the rumors are “rubbish” but other members of Spice Girls refused to respond when asked why she had stayed away on Saturday.

Mel C has also revealed she was sad the band canceled the concerts, releasing a statement saying, “Melanie would like to make it perfectly clear that at no point has she refused to continue with the Spice Girls Tour. She is disappointed that the tour isn’t continuing at this stage.”