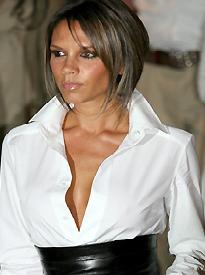 33-year-old former singer hopes by modeling the family’s new Los Angeles mansion on the Moroccan feel of their Spanish property it will help her soccer star spouse adjust to his new country.

A friend of the couple, who have lived in Madrid for four years, revealed, “She knows it is unusual for an English couple in Los Angeles to have Moroccan touches everywhere but feels it will help David and the boys to make the emotional transition from Madrid to Hollywood – it’s a big cultural jump.

A friend added, “She wants to go for a dark wood furniture, colorful, exotic rugs and Moroccan lamps and mosaics. David has been talking about how much he will miss siestas so Victoria is thinking of a day room where they can rest in the afternoon. They are also considering hiring a Spanish chef.”

The couple and their three sons will move Stateside this summer after David Beckham agreed a five-year $172 million deal with Los Angeles Galaxy.