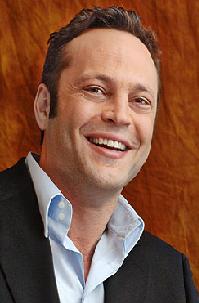 The “Fred Claus” actor, which started dating Jennifer Aniston after they met on the set of “The Break-Up” in 2006, would love to work with his former girlfriend again.

When asked about a screen reunion, Vince revealed, “Yeah I would, I definitely would. She’s great! I think the world of Jen. She’s a great actress, so you never know.”

Vince Vaughn and Jennifer Aniston, who were rumored to have got engaged, confirmed they had ended their romance in December 2006 with both citing “work pressures”.

The stars have remained close friends since the split.

Vince and Jennifer were rumored to have rekindled their love last year after being spotted on numerous dates in Beverly Hills.

Vince was rumored to have dated Vanessa Williams last year.