Vanessa Hudgens, who issued an apology to her fans about her controversial photos, has already survived criticisms for full frontal photo that were snapped of her in her bedroom. The questions remain unanswered, which surrounds the controversy, such as, who took the photos and who leaked the photos? And how many more are to come? 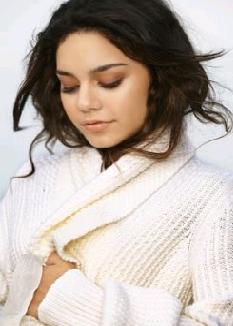 The earliest reports revealed that there are several more pictures to come. The rumored new photographs include a photo that shows Vanessa Hudgens in the tub, and another where she has a gold waist chain on and absolutely nothing else. The one photo that was released may have been the only the beginning.

Other photos from the same photo shoot have now surfaced and are of the brunette only wearing a thong and a bra. In other shots she is in varying stages of undress. Speculation now is that the new photos will be sold to a weekly tabloid overseas.

Did one of Vanessa’s friends sell her out? And how did they obtain the photos?

Another photo of Vanessa here