Amber Heard is donating the money that she will get from her divorce settlement to two charities. 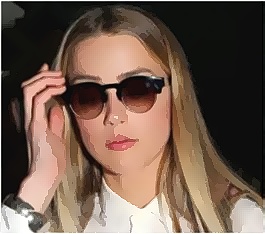 “The Rum Diary” star and Johnny Depp are having a divorce, They reportedly settle at $7 million, which will equally distribute to ACLU and Children’s Hospital of Los Angeles, where the actress worked voluntarily for 10 years. She won’t accept the remaining amount that her former husband earned from movie deals during their 15-month marriage. Meanwhile, the representative for Children’s Hospital expresses their gratitude to Amber because it will support the lifesaving treatments and cures that CHLA provides for critically ill children each year.