Playboy Magazine has approached Brooke Hogan, who is the daughter of Hulk Hogan, about doing a nude pictorial in the magazine. 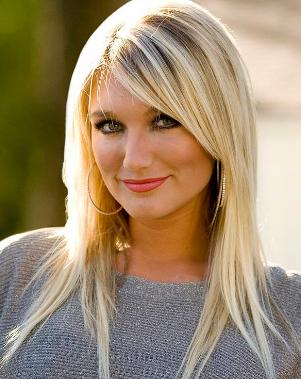 The blonde beauty, which is the star of her own new reality series on Vh-1 (“Brooke Knows Best”), has been approached by Hugh Hefner’s publication. The source revealed, “The original rumors were that Brooke was being offered a special celebrity centerfold edition and she’d be the 55th Anniversary Playmate but that’s not how we pick our centerfolds.”

A source revealed, “The original rumors were that Brooke was being offered a special celebrity centerfold edition and she’d be the 55th Anniversary Playmate but that’s not how we pick our centerfolds.”

Brooke “Hogan” Bollea, 20 years old, has a father who is probably the most famous WWE pro wrestler of all time, the man who helped make Vince McMahon the success he is. Hulkamania ran wild in pro wrestling for many years, and also helped establish Ted Turner’s WCW as a viable enty when only
Vince McMahon was on the map.

With Hogan and the nWo in WCW, there were three big wrestling groups in the country. There was Vince McMahon’s WWE, then WWF; there was Ted Turner’s WCW, run by Eric Bischoff; and there was Paul Heyman’s land of the misfit grapplers, ECW, the original version which revolutionized the entire industry.

Brooke has become a celebrity in her own right. So, will she pose for Hugh Hefner’s magazine? Will Brooke move into the mansion with Holly Madison, Bridget Marquardt, and Kendra Wilkinson? Will she become a Girl Next Door?

A close friend in Miami added, “Brooke’s comments regarding Playboy reveal a lot about where he head’s at these days, the girl has a lot on her mind!”

For the record, it doesn’t appear as though Brooke is going to accept the Playboy offer, but that could just be until her parents divorce blows over.