Reality star/singer Heidi Montag is reportedly in negotiations to strip for Playboy – with the encouragement of her new husband Spencer Pratt. 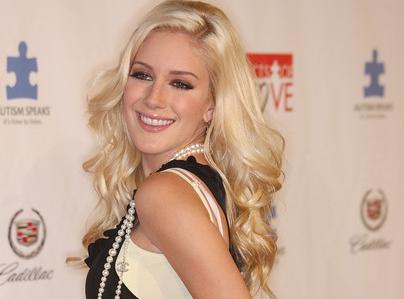 The Hills stars married at the weekend in Pasadena, California, and Pratt is happy for the world to see all of his blushing bride, according to U.S. reports.

America’s Life & Style magazine reports that Montag is currently in talks with the Playboy editors to try and seal a deal for a whopping $500,000 (?357,000).

A source tells the publication, “(Heidi) wants to do it. It’s just a matter of working out the details.”