Robert Pattinson and Kristen Stewart have been in a “Twilight” romance for almost four years until cheating report surfaced. 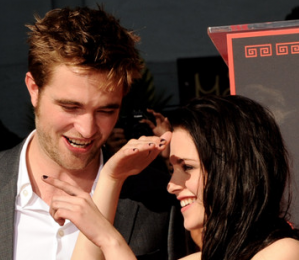 The actress and Rupert Sanders have been caught by the photographers while smooching in Los Angeles on July 17. Although Kristen and Rupert already issued separate apology about their affair, Robert has not issued a comment since he attended 2012 Teen Choice Awards.