John Mayer, who has been linked to Jennifer Aniston, has sparked some speculation that he flirts with a woman. 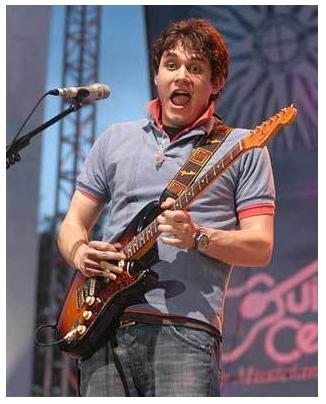 The woman, who was involved in the speculation, tearfully revealed that the magazine report “is completely not true” and she’s considering legal action against the magazine.

The magazine claims in a story titled “Jen’s Betrayed Again” that Mayer, 30, got “very flirty” with Chaton Anderson, 32, in Amsterdam on June 20. The magazine reports that Mayer described his “relationship status” as “very vague” and that he maintained “very intense” eye contact during a two-hour conversation.

Chaton Anderson, who stayed at the home in Manhattan Beach, revealed: “None of this is true.”

She explained: “I met John Mayer almost a year ago. I don’t understand why they’ve said it was this year.”

She continued: “Nothing happened anyway – nothing at all,” she added. “I just met him briefly and he said, ‘Hello, I’m John,’ and that was it! It was just groups of people in a coffee shop.”

A representative for John Mayer also denied the rumor by saying: “The In Touch story is false.”

How did the speculation started? Chaton Anderson added that she told a friend, who works at the tabloid, that she met Mayer “a long time ago” – and the story was fabricated from there. She had no idea that she would even be appearing in the magazine.

John Mayer has been in New York City on his tour (he took the stage with Billy Joel Wednesday night), while Jennifer Aniston has been miles away in West Hollywood. On Wednesday, she was spotted with a friend at a home decorating store.