Zac Efron could play his character Troy Bolton in Disney’s “High School Musical” franchise well but when it comes to be aware of the difference between cupcakes and canine treats, the actor apparently couldn’t do it well. 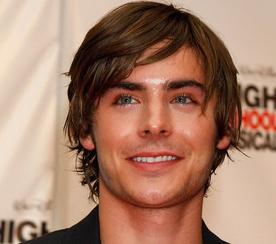 According to a report from a magazine, Zac had accidentally eaten dog food. His girlfriend Vanessa Hudgens had purchased a batch of gourmet dog desserts for puppy Shadow. And the actress was reportedly shocked when she realized the 21-year-old hunk had devoured it.

The report indicated: “Vanessa left them on the counter, and Zac ate a few. But the actor didn’t care and even said that the dog desserts “were good, if a little bland”.

In related news, Zac Efron and Vanessa Hudgens have recently been voted the Favorite Couple of 2008. The “High School Musical” sweethearts topped the list of the favorite pairings of the year compiled by FoxNews site, beating Hollywood’s golden couple Brad Pitt and Angelina Jolie.