Zac Efron appeared to be reunited with Vanessa Hudgens at the opening of Los Angeles nightclub Eden on Friday night. 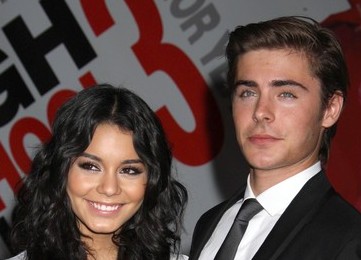 Vanessa, who was sporting a tight black dress, and Zac were inseparable all night, dancing, drinking vodka and canoodling.

A source claimed that they were also kissing on the lips and seem to be back together. Their public display of affection happened only weeks after their split was announced.