Looking forward to see his girlfriend, Vanessa Hudgens, establishing herself as a mature actress, Zac Efron is said urging her to shed her clothes off for camera. 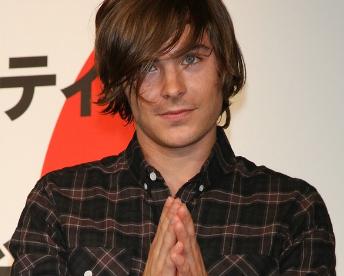 Hot on the heels of Vanessa Hudgens’ revelation that she “will show nudity in a film when the time is right,” her boyfriend Zac Efron offers support for his leading lady, encouraging her to show some skin in front of camera. He reportedly urges her to pose for a steamy magazine shoot or strip down for an on-screen sex scene with the intention to shed her image as a Disney tween queen.

“Zac believes it is a good way for her to get beyond the teeny-bopper stigma,” a source close to the on- and off- screen lovers tells National Enquirer for its June 1 issue, insisting Zac just wants to help Vanessa establishing herself as a mature actress. “He is making the leap to A-list actor and he wants Vanessa to go along with him … He told a pal, if she has to bare more of her body, then she shouldn’t be afraid of doing that.”

Vanessa Hudgens made it clear at Diesel Only the Brave cologne launch party in West Hollywood recently that she is open to the chance of doing nudity for upcoming movie roles. However, she told E! News, “Right now, I wouldn’t feel comfortable doing it … but like I said, when the time’s right, if it’s an amazing movie that I’m really passionate about and that’s what it calls for, then we’ll see.”