Hollywood heartthrob Zac Efron joked about dating an older woman while filming his upcoming flick “17 Again”. His co-star Melora Hardin has revealed it to MTV as she attended a “He’s Just Not That Into You” screening. 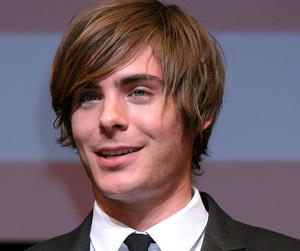 Melora Hardin revealed: “Zac – he’s dreamy, truly dreamy. I did say to him one day that if he were my age and I were single, he’d be in lots of trouble.”

And the 21-year-old actor, who is currently dating Vanessa Hudgens, didn’t object to her suggestion.

Meanwhile, Zac finds it fun playing an adult in “17 Again”.

The actor revealed: “I could have gone out and just played a kid somewhere and had a blast. But now I’m playing a 40-year-old guy. It’s kind of fun playing an adult.”