Admitting that he hates bullying, Zac Efron says he knows how to deal with it, that is by laughing it off. 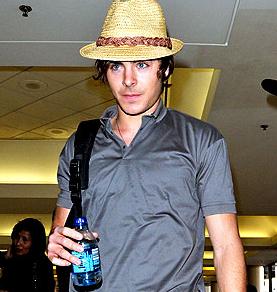 He recounted: “I have a younger brother, Dylan. There have been a couple of times where I’ve been out with him and someone has said a couple of words to him that were not nice, and I’ve had words back.”

He explained: “I wasn’t necessarily the subject of bullying, but I’ve witnessed it a whole lot. I still do at times in life. It doesn’t stop happening at school, it can happen with adults.”

He continued: “Personally if I had to deal with it, it never got to a situation where it could be considered bullying because I would find some clever way around it. I tend to make a joke. I defer everything with laughter. Even when it’s blatantly disrespectful, I would just laugh it off, to avoid all confrontation, and I still use that on a daily basis.”

In another Zac Efron news, the “High School Musical” actor previously revealed that despite his nowadays fame he once planned to quit acting to pursue higher education at the University of Southern California after landing only a few roles .

He added: “I had friends in the program and they just raved about it. I was so jealous that they were there. After I was accepted to go, I was deferred for one year and since then, I haven’t really had time to go back.”