Finished up with his promotional trip to Germany, Zac Efron was spotted making his way through Tegel Airport in Berlin on Monday (April 27). 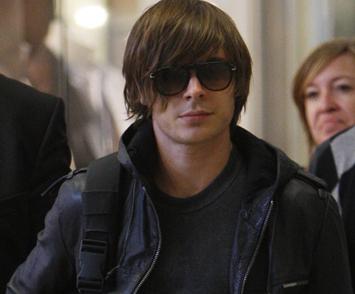 Accompanied by his loving mother, Starla, the “High School Musical” heartthrob signed autographs and posed for pictures before hopping on a flight to to Madrid.

Zac and his mom had some quality bonding time as they enjoyed a meal at KŠfer roof top restaurant at Reichstag building.

Decked out in a black jacket, Army shirt and jeans, Mr Efron is currently making his rounds in Europe to promote his recently released movie “17 Again”.

In “17 Again,” Zac plays the teenage version of a soon-to-be divorced father of two – a role played by former “Friends” star Matthew Perry.