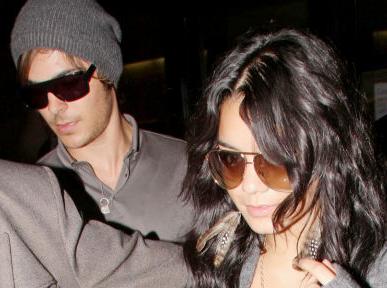 During their arrival, the lovebirds look matching in gray.

While making his way at the airport, Zac is spotted carrying his fedora hat. The 21-year-old actor is also seen sharing a private moment with Vanessa behind his fedora.

Zac Efron and Vanessa Hudgens reportedly had a photo shoot for Brazil’s top celebrity magazine Caras recently. On February 6, the couple were seen heading to the island of Angra dos Reis to get some tropical snapshots.