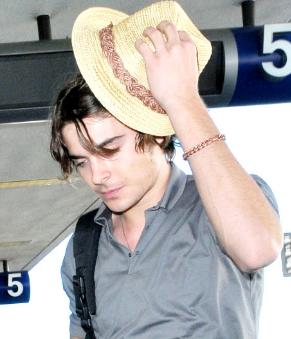 Making his way at LAX, Zac looks casual in his gray t-shirt and jeans. And this isn’t the first time he’s spotted wearing his fedora. Back in 2007, the 21-year-old actor was seen with it while promoting his film “Hairspray” in New York City.