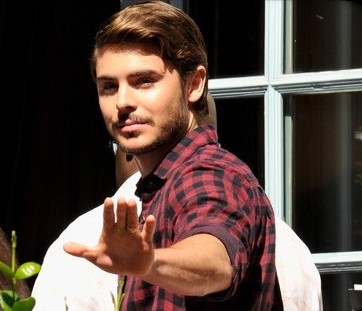 The actor, who attended the recent film at Santo Mauro Hotel, lost the “Best Male Beach Bod” accolade to Matthew McCoughney in a new survey by Parade magazine.

Zac will take the role of a conman in new flick “Art Of The Steal.”