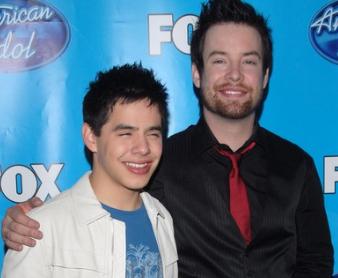 The pair battled it out to be crowned winner of last year’s (08) hit TV talent contest – with Cook proving triumphant, winning the season with a landslide 12 million majority.

And both have had a taste of success since – Cook broke pop chart records in last May (08) when 11 of his songs debuted on the Billboard Hot 100, and Archuleta’s eponymous first Lp and single Crush both reached the number two spot in America.

And now, the pair will compete again – to pull in revellers to their American jaunts.