Angelina Jolie wears a stunning outfit of a black pencil skirt and black leather jacket for her appearance at Comic-Con 2010. 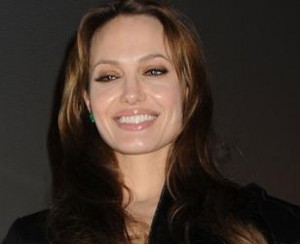 The actress attended the event in San Diego to promote her upcoming action thriller film “Salt.” On being scarred by the stunts, Angelina claimed that one scene caused her bleeding and left a little scar.

On potential sequel of her film, which will release on July 23, the actress thought that the audience will decide whether there’s another sequel or not.