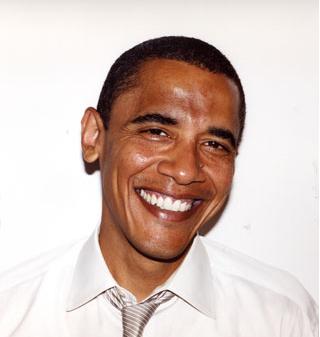 The politician revealed: “You know, you can put lipstick on a pig, but it’s still a pig.”

The Illinois senator’s comment is now being taken by some critics as a potshot at McCain’s VP pick Sarah Palin.

Sarah Palin famously joked in her RNC speech: “I was just your average hockey mom. I love those hockey moms, you know, they say, ‘What is the difference between a hockey mom and a pit bull? Lipstick.'”

Now, certain political figures are asking that Barack Obama apologize to Sarah Palin for his “lipstick on a pig” comment.

Governor Jane Swift, who is a former governor of Massachusetts, revealed: “It’s disgraceful. Sen. Obama owes Gov. Palin an apology. There’s only one woman in the race. It’s hard to think this was directed at anybody other than Gov. Palin.”

Barack Obama’s campaign responded that the Democratic presidential hopeful was citing an old adage, not referring to Sarah Palin.

As it turns out, the Washington Post says that McCain used the expression last October when he reportedly said of Hillary Clinton’s 1990s health care plan: “I think they put some lipstick on a pig, but it’s still a pig.”