Barbra Streisand slams Senator John McCain in her latest blog calling his Vice Presidential choice, Governor Sarah Palin, “a transparent and irresponsible decision all in the name of trying to win this election.” 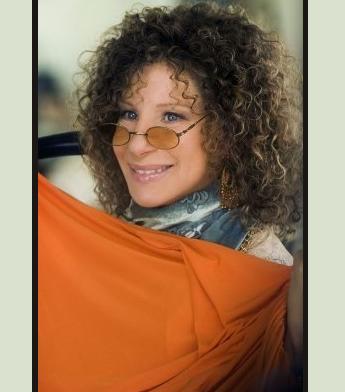 The legendary singer calls McCain’s VP choice a “Hail Mary” saying, “[It] sent a very clear message to America about how he views female voters.”

She wrote in her blog entitled “McCain Doesn’t Get It: Women are not that stupid,” in her post included: “Women, he thinks, will vote another woman into office regardless of the candidate’s values, experience and political positions.”

The “Mirror Has Two Faces” actress wrote, “I believe John McCain chose Gov. Palin because he truly believes that women who supported Hillary–an experienced, brilliant, life-long public servant–would vote for him because his Vice President has two x chromosomes.”

She also wrote in her blog: “For months, John McCain and the Republicans went after Barack Obama for lacking the experience they felt was necessary in order to be commander in chief. Yet, on this day, an aging John McCain, who is the oldest Presidential nominee in history, chose a running mate—a person that is just a heart beat away from the Presidency—that has no foreign policy experience, no national experience and limited state government experience…. a virtual unknown who has only been Governor for a less than 2 years of a state with a population of fewer than 680,000 people…a woman who condemns a woman’s right to choose.”

The singer concluded: “John McCain has served this country… As someone who has spent over 40 years advocating on behalf of women both politically and philanthropically, as someone who was a strong supporter of Hillary Clinton and as someone who cares deeply about the health and welfare of all women, hear me Senator McCain: “This calculated, cynical ploy to pull away a small percentage of Hillary’s women voters from Barack Obama will not work. We are not that stupid!”