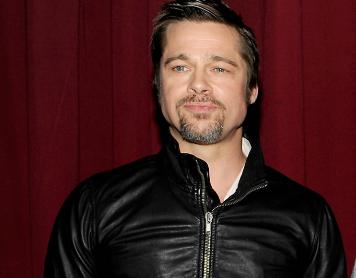 Pitt, accepting an award at Spike TV’s Guys Choice Awards in Los Angeles, thanked presenter Gibson and made a reference to his drunken arrest rant in 2006 where Gibson reportedly called a female police “sugar tits”.

“Thanks sugar tits!” Pitt told Gibson as he accepted the award for his 1999 film Fight Club, which was inducted into the Guy Hall of Fame.

Gibson denied using the word, telling talk show host Jimmy Kimmel in February that it was actually the arresting male officer that called him that.

“I wish I had said it because it was funny,” Gibson said during the interview.

But that didn’t faze Pitt, who went on to plug his upcoming movie Inglourious Besterds, before yelling “Thank you for the greatest moment of my f****** life!” to the crowd and pumping his fists.

Since then Gibson appeared on the Tonight Show with Jay Leno where he announced he and Grigorieva were expecting a child, followed by opening the Guys Choice Awards wearing a Viking helmet and riding a horse.