Britney Spears has quit the city of Los Angeles as she’s preparing to move into a sprawling new mansion away from the Hollywood Hills. 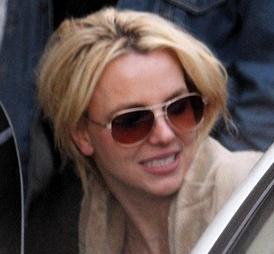 The pop superstar has exchanged contracts on an $8.9 million (C2£5.9million) house in a gated community in the Calabasas area of California and is currently transferring all her belongings to her new abode.

The “Womanizer” singer decided to move out of her Studio City, California mansion in a bid to escape constant paparazzi intrusion and be closer to her young sons with ex-husband Kevin Federline; Sean Preston, three, and Jayden James,two.

The star began preparations for the move last June (08), when she told the commissioner overseeing her conservatorship that she wanted to relocate to “a lower density, more quiet and less trafficked neighborhood”.

And the singer’s choice of residence has proved a hit with her kids.

She wrote on her website: “I just took my babies to our new home, and they loved it! I can’t wait to move in”.