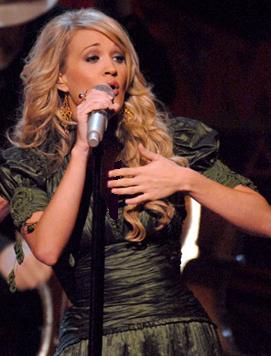 The 25-year-old singer, who once romanced Jessica Simpson’s boyfriend Tony Romo, has been seeing the 36-year-old medic and former “Bachelor” star for seven months, after meeting him in 2006, according to a newspaper’s report.

The source continued: “They’ve kept the romance under the radar, but Carrie’s been telling friends that it feels like they’ve known each other forever.

The source added: “They are so sure of their feelings that they’re already talking about settling down together.”