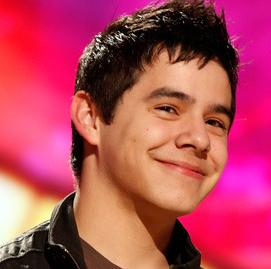 The first show will be Feb. 24 in Virginia Beach, Virginia, supported by opening act Lesley Roy. Since it’s debut, David Archuleta’s album has gone gold with over 500,000 albums sold since its Nov., 2008 release. His latest single, “A Little Too Not Over You” made the Billboard Hot 100 Singles Chart.

Check out the entire list of tour dates below to see when David Archuleta’s coming to your town!