A new mid-tempo material called “It’s All About Love” from David Archuleta has been revealed. 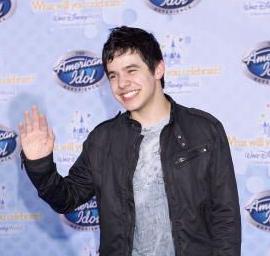 “It’s All About Love”, the brand new mid-tempo song performed by David Archuleta has come out. Question on whether it is a leftover from his self-titled debut album or recorded for his next project remains answered.

David Archuleta will be touring across America with labelmate from Jive Records Lesley Roy to support his debut effort. The runner-up of “American Idol” season seven will kick off the gig on February 24 at Sandler PAC in Virginia Beach, VA.

The following day, David will be heading up to Richmond, VA for another live concert at The National. After that, he will also make stops in Lancaster, Oklahoma and San Antonio among other major cities before wrapping it up on March 21 at Knitting Factory in Boise, ID. Fans can log on to his MySpace to obtain details of his tour.

The song is actually titled “Let’s Talk About Love” and recorded for Build-A-Bear charity.