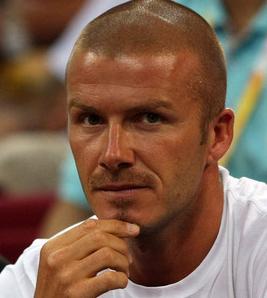 The soccer star, who has three sons with former Spice Girls star Victoria, “looked a bit anxious” before leaping off a bridge in Auckland, New Zealand, as his Los Angeles Galaxy teammates watched.

A source revealed: “He looked a bit anxious and I think he was texting Victoria and the kids before he jumped. His friends were all laughing and giving the countdown.

The source continued: “But then, when he was pulled up after his first go, he was raving about it. He was so excited he wanted to go again straight away. They made the bungee cord a bit longer so he went right into the water.”

David, who did the jump wearing just a pair of jeans and trainers, was said to be so thrilled with the experience that he bought a souvenir video to show his friends.

The source added: “He watched himself on it then took it home to show the family. I’m sure he wants them all to know how brave he was.”