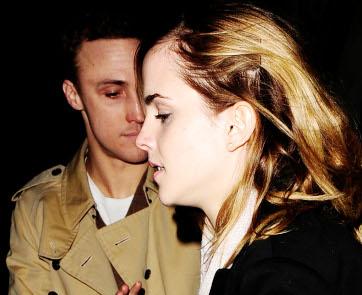 Joining the pair during their night out is Emma’s brother, Alex. The teen star, who plays Hermione Granger in the “Harry Potter” film franchise, is seen leaving the nightclub wearing a black jacket and jeans.