The filming of “Harry Potter and The Deathly Hallows” is being adjusted to accommodate Emma Watson’s plans to enroll for a philosophy degree at Cambridge next September. 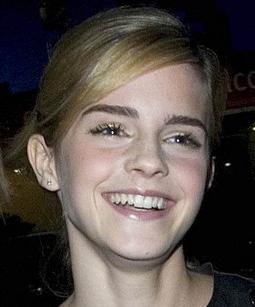 Vital scenes featuring Emma Watson, who reprises her role as Harry’s best friend Hermione Granger in the last Harry Potter, will be shot during the university holidays, according to a report.

Meanwhile, the young actress has been named by Teen Vogue as one of the 20 best dressed people of 2008. You can now vote for her for the Best Dressed of the Year award 2008 for her Alexander McQueen gown at the National Movie awards 2008.