Emma Watson “pounced” on Rupert Grint during their on screen kiss. 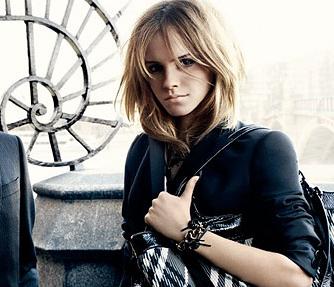 The 19-year-old beauty dreaded locking lips with her co-star in ‘Harry Potter and the Half-Blood Prince’ and was in a hurry to shoot the scene.

She said on UK TV show ‘Friday Night With Jonathan Ross’: “I pounced on him, I was so desperate to get it over with.”

Emma, who is set to start at Columbia University in the US later this year, hopes to balance her studies with her acting career.

The British actress is keen to pursue a new direction once she has finished filming the final ‘Harry Potter’ movie.

When asked if her future lies in acting, Emma said: “Definitely. I’m so excited about going to university but it doesn’t mean to say I can’t do something else, I want to have my cake and eat it. I’d like to try comedy.”

Emma also insists she doesn’t feel like she has lost out on a childhood, after landing the role of Hermione Granger aged just 10.

She said: “I never felt like I was missing out – we were able to be kids because we were together, whatever weird thing we were doing.”