Giselle Bundchen has been the center of engagement rumors as reports suggested the alleged engagement of the model to New England Patriot star player but the reports are still unconfirmed. 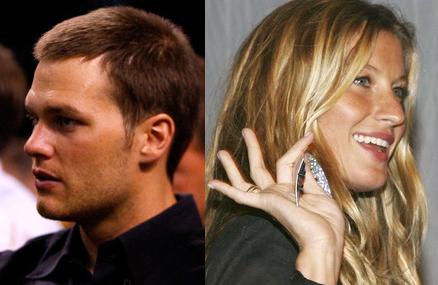 TMZ reported that the injured and sidelined QB proposed to the Brazilian model and entrepreneur on a private Christmas Eve flight to Boston.

When asked about the engagement, Brady said nothing and left the home with Gisele and her parents, Vania and Valdir, according to local Boston news reports.

TMZ claimed Tom had four dozen white roses, champagne and his possible future in-laws aboard a private jet when he asked Gisele to be his wife.

In Touch Weekly had a report this past October that Tom had visited Cartier in Beverly Hills (prior to his first knee surgery) to see a $145,000 five-carat yellow diamond engagement ring.

Tom was in a long relationship with actress Bridget Moynahan, the mother of his son John Edward Thomas Moynahan. Gisele was once romantically linked to Leonardo DiCaprio.

Brady and Bundchen recently purchased a $12 million dollar property in a gated community in Brentwood, Calif., where they will build a home.