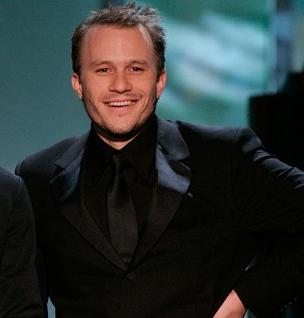 He was named best supporting actor for his role as the Joker in The Dark Knight.

On Jan. 22 – the first anniversary of his death – Ledger received an Academy Award nomination.

His sister Ashleigh Bell revealed: “Although we would love to have him here with us, we are so proud and so excited on his behalf. In Heath’s words, he had the time of his life portraying the Joker and said that it was the most fun he’d ever had working on a film.”