Hillary Duff has graced the cover of FHM UK magazine for its December 2007. 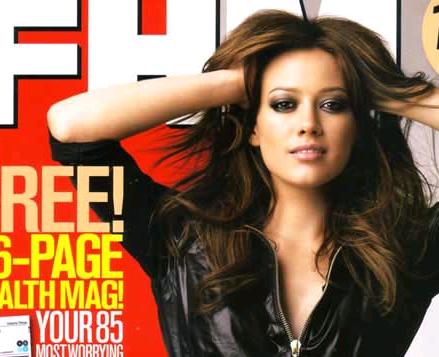 The singer has posed for the magazine with a catchy line “Hillary Duff: Dark Angel. Young, Rich. Hot,” perhaps it is because of her dark hair color that matches her black outfit. Her pictures in the magazine are here and here.

As for the other news, the singer was spotted over the weekend chatting on her cell phone. She was wearing gray sweats and a gray zip-up top. There is another report that she was spotted with former boyfriend Aaron Carter while grabbing some lunch together on Thursday afternoon.