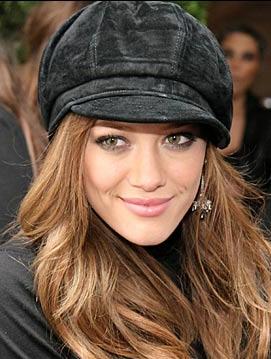 The “Lizzie McGuire” star, which was dressed in a LBD accompanied by hockey star beau Mike Comrie, has to benefit Skin Cancer Research at the Skylight Studios in NYC on May 7.

The celebrity pair has been seen together a lot lately, as Hilary has done the rounds promoting her film War, Inc. at the Tribeca Film Festival.

Reacting to recent reports that she and Mike are engaged and plan to walk down the aisle soon, Hilary Duff revealed, “I’m not engaged!” Her new film War, Inc a political satire set in Turaqistan, will release in theaters on May 23.