Hillary Duff made an apology after committing a controversy with her Halloween costume on October 28, 2016. 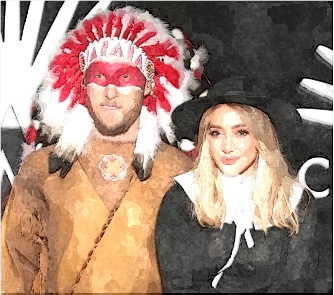 The 29-year-old singer and boyfriend Jason Walsh attended Saturday’s Casamigos Halloween Party in Beverly Hills, California. They were dressed up as a pilgrim and a Native American. The “Lizzie McGuire” star is so sorry to people, who were offended by her costume. She continued that the incident was not properly thought through. Her boyfriend also meant no disrespect and he only has admiration for the indigenous people of America. Meanwhile, Hillary and Jason seemed comfortable and very happy at the party. They also recently confirmed their romance.