Barack Obama is trying to kick his smoking habit while running for president, and he confesses it hasn’t been easy. 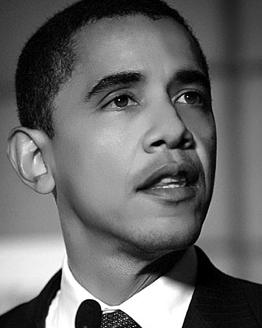 The Democratic presidential candidate revealed in his November issue of Men’s Health: “There have been a couple of times during the campaign when I fell off the wagon and bummed one, and I had to kick it again. But I figure, seeing as I’m running for president, I need to cut myself a little slack.”

The 47-year-old political candidate has this recommendation for would-be quitters: Eliminate “certain key connections – that first cigarette in the morning, or after a meal, or with a drink.”

Obama also revealed that he manages to squeeze in 45-minute workouts, six days a week, saying: “I lift one day, do cardio the next.”

He wishes his exercise sessions were longer, but admits that sometimes the need for sleep trumps time at the gym, adding: “I wish I was getting a 90-minute workout. Most of my workouts have to come before my day starts. There’s always a tradeoff between sleep and working out.”

Meanwhile, Barack Obama comes out ahead of John McCain in television debate.

The Democratic presidential nominee seems to have held his edge over Republican John McCain in the second of three televised presidential debates, which took place on Tuesday.