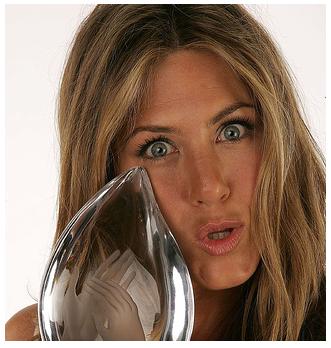 The former “Friends” star joined her rocker boyfriend for part of his European tour at the end of last month (Jun08).

But, according to the newspaper, [Jennifer] Aniston was enraged when she spotted socialite Kimberly Stewart backstage at his Hard Rock Calling gig in Hyde Park on Saturday (28Jun08) – and demanded she be removed from the [concert] site.

The publication went on to claim that “Jennifer [Aniston] doesn’t want anyone around that reminds her that John [Mayer] used to be a player”.

However, [Jennifer] Aniston’s representative has dismissed the claims, added that the story is “absolutely false”.