On-again and off-again lovers Jennifer Aniston and John Mayer are rumored to have broken up sometime within the last week. 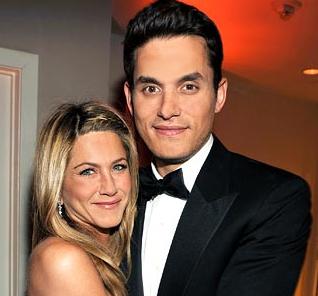 a new report by the hour, claiming on-again and off-again lovers Jennifer Aniston and John Mayer may have ended their love relationship. Marc says he’s been informed by a source that the celebrity pair broke-up sometime within the last week after the movie beauty returned to the U.S. following a tour to Europe to promote her new big screen project, comedy movie “Marley & Me”.

News of Jennifer Aniston and John Mayer breaking up comes in the wake of Internet reports claiming he has shopped for an engagement ring for her. Britain’s Daily Mirror wrote that Mayer approached jeweler Lorraine Schwartz to design a vintage-style classic ring with an 18-carat flawless diamond, which he would later on present to Aniston when he proposed to her. The ring-shopping claim has since been denied by Schwartz’s office though.

Most recently, Aniston was spotted on Monday, March 9, enjoying some food at the Terrace restaurant. She is expected to fly to New York City in the spring to shoot her new movie “The Baster.” Mayer, in the meantime, is said to be in the recording studio, working on a new album.

According to a report, the singer, 31, approached jeweler Lorraine Schwartz to design the bling, which Schwartz’s office denies.

Schwartz, who has created baubles for Jennifer Lopez and Beyonce, was working on a vintage-style classic ring with an 18-carat flawless diamond for the rocker. “Money is no object to John,” the paper cited a source saying.