J.K. Rowling gave hints that she may write another book about the boy wizard in the future. 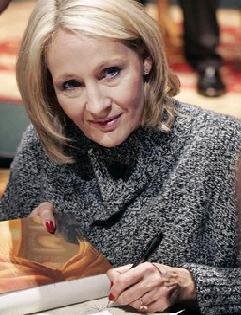 The “Harry Potter” author, who completed the final installment of the seven-strong series earlier this year, refused to rule out a return to the Potter franchise.

The British author admitted she may consider writing a prequel to the Potter books, but worries it would be a critical flop, like the Star Wars prequels, saying, “Is that (a prequel) not a little bit Star Wars Episode I? I’m not going to say ‘never’ because ‘never’ in my life acts as a red rag to bull and I’ve immediately wanted to do whatever it is I said never to.”