Johnny Depp was flaunting his braided hair to shoot some scenes of upcoming film on September 27. 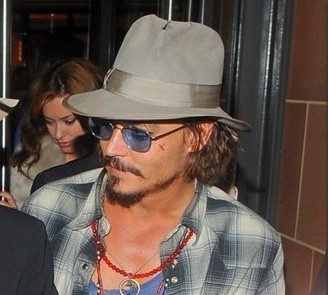 The Hollywood actor, who headed to his hair and makeup trailer, was filming “Pirates of the Caribbean: On Stranger Tides” in Greenwich, England.

Penelope Cruz will be Johnny’s new leading lady in the film, which is currently still in production.