Jonas Brothers appeared to be nothing more than innocent looking teenagers but they’ve struck fear into the hearts of New York City’s finest. 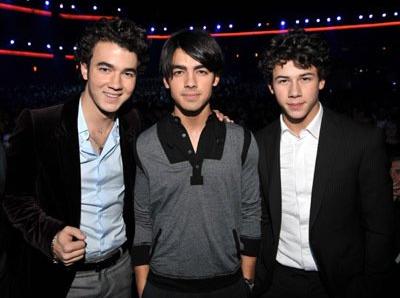 The New York Police Department is being cautious over the “mob scene” that could result when the Jonas Brothers perform in Times Square at Dick Clark’s New Year’s Rockin’ Eve with Ryan Seacrest on Wednesday night.

According to a source, police officials fessed up to their concerns in a recent meeting with producers of the show.

The source revealed: “So they’re now planning on using extra [security] men for support. It’s going to be crazy because everyone will be in Times Square to watch them perform on the show.”

If the extra cops can’t quell Jonas-mania, maybe Mother Nature can. The forecast for New Year’s Eve is currently a bone-chilling 17 degrees, with a chance of rain or snow.